On 7 March, Live Money FM radio interviewed the NUS Rover Team, a flagship engineering project by the NUS Chapter of Students for the Exploration and Development of Space (SEDS). 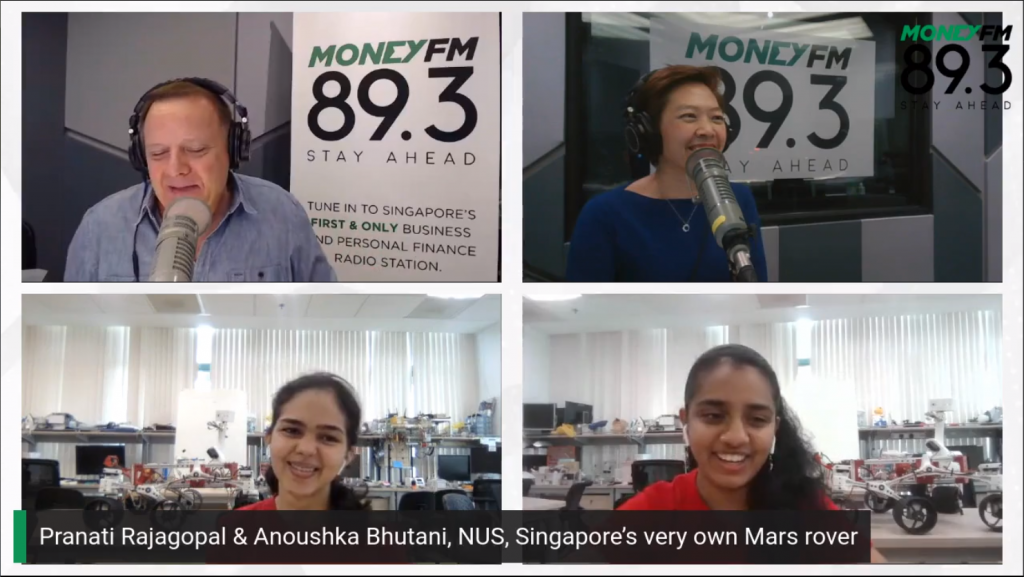 Support our students and learn more about their project here: https://omny.fm/shows/money-fm-893/pranati-rajagopal-anoushka-bhutani